Knife crime in England and Wales has increased by two-thirds since 2014, with almost 40,000 offences recorded in the 12 months prior to September 2018. NHS hospitals say that the injuries are more severe and the victims are getting younger, including a rise in the number of girls affected. Knife related homicides have risen every year since 2015.

Contrary to popular opinion most violent incidents (79%) do not involve any weapon. Thankfully, it is relatively rare for incidents to require hospital treatment and it is rarer still for knife possession offences to involve those under the age of 18. Nevertheless, knife related offences are rising along with a growing concerns [see BBC report].

Scotland by contrast has seen homicide levels drop from 137 in 2004/05 to 62 in 2016/17 - the lowest levels since 1976. Much of the change stems from work undertaken by the Violence Reduction Unit to tackle gang culture which included: setting up the Community Initiative to Reduce Violence (CIRV) in Glasgow; treating violence as a health issue that can be cured; offering positive opportunities to young people and using education initiatives to raise awareness and understanding that connection and compassion have a better impact than the typical 'tougher on crime' stances that we were used to [see report from BBC Scotland].

Catch the Light has been involved in a number of initiatives during this time which remain valid if we are to be vigilant about reducing levels of violence in our communities. One example, is work we did on behalf of YouthLink Scotland where we trained young people as youth researchers. Based in six different youth organisations, young people carried out peer research to better understand the causes and consequences of violence in their local areas. A major benefit, was that the young researchers gained transferable skills that they could use to help make their communities stronger. This video by Veejo productions captures the essence of what was achieved.

Another output was the development of the No Knives Better Lives toolkit produced by YouthLink Scotland in partnership with the Scottish Government. Based on the innovate 'Mark's Story' video, Catch the Light designed a practitioner toolkit so that adults can engage young people to think about the decisions they make and their consequences. It is freely available for anyone working with young people to address the issues of knife carrying, conflict and violence. If you've never used it, we'd recommend downloading it and having a go. You will open up some fascinating conversations on young people's experiences of violence.

Catch the Light has also worked as a training provider for the No Knives Better Lives work to introduce practitioners to the 'Sharp Solutions' toolkit, another resource that is packed with useful engagement activities.

This work reflects some of the origins of Catch the Light, when we developed the VIP (Violence Intervention Programme) as part of our initial consultancy offerings.

Looking back it's important to remember that Scotland has a violent past and there is much more to do to before we can really prevent communities from being blighted by violent crime. Everyone that has been involved in this work should be proud of daring to consider kind and compassionate responses. Scotland will only manage to buck the current surge we are witnessing in England if we continue to provide positive experiences that equip young people with the capacity and compassion needed to build positive futures for their communities.

The Radical Road to Character Education

The Alligator and the Oak Tree

Why we're working with YDance

From Scottish Fantasy to Finnish Reality 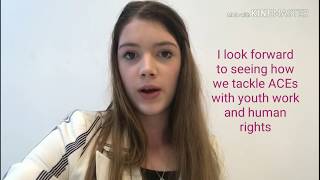 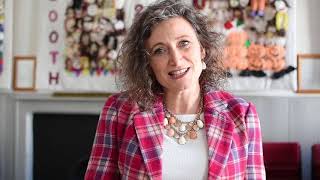